skip to main | skip to sidebar

This blog will provide information about cemeteries and graveyards in both Monroe and Greenbrier Counties in West Virginia.

Our mission is to log locale's and photographs of as many graves and cemeteries as possible within Monroe and Greenbrier Counties.

We are a one-woman team, so progress may be slow, and will take place as weather permits. If you know of a cemetery or graveyard that you would like to see showcased here, please let us know. 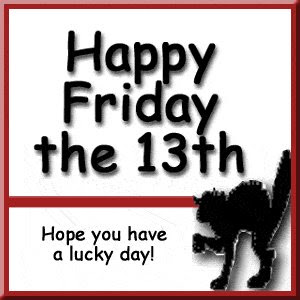 Posted by Cyndi Beane Henry at 9:13 AM 5 comments: 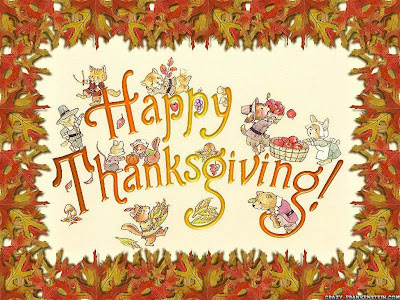 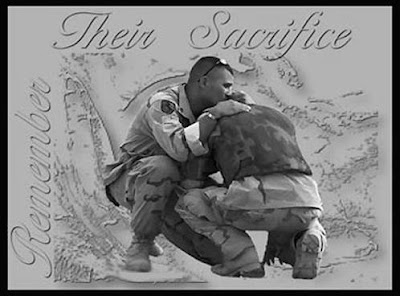 Posted by Cyndi Beane Henry at 8:05 AM 2 comments:

The Droop Mountain Civil War Cemetery s located at Droop Mountain State Park, which is immediately off of US Route 219, north of Lewisburg, West Virginia.
The Battle of Droop Mountain was fought over which faction would have control of the only major road leading through the area. Whoever controlled this road would control the comings and goings of the Greenbrier area. 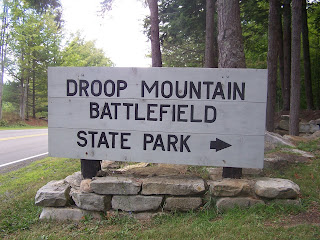 This sign sits right beside US Route 219, and points the way into the State Park.
To get to the cemetery, one needs only follow the signs for the park office.
The Museum and Graves are located directly behind the park office. 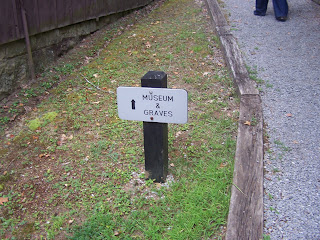 Here is the sign by the path leading to the cemetery. 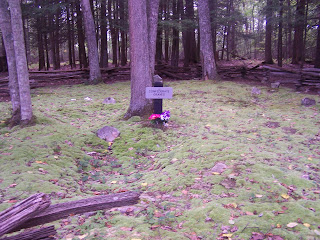 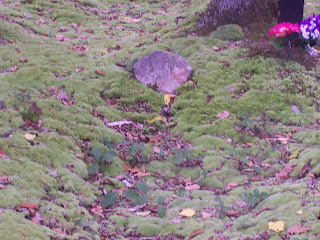 There are several distinct graves marked here. Each marked quite simply with a stone. No markings are visible. 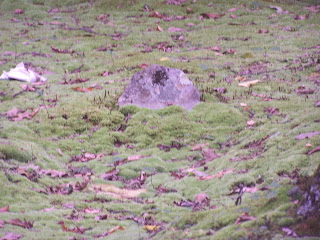 One cannot enter the small graveyard, as it is surrounded by a simple split-rail fence to prevent marauders from entering. 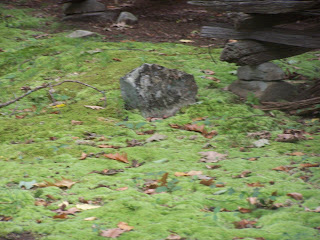 After a bloody battle, these brave men were layed to rest in these simple graves. 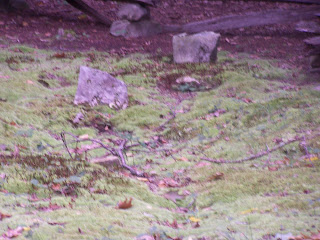 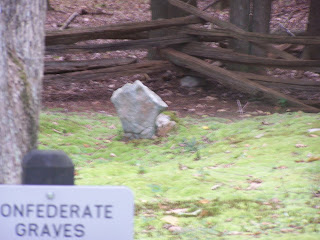 Another stone near the rear of the small graveyard.
All photos were taken wth a zoom setting as you are not allowed to enter inside the fencing. 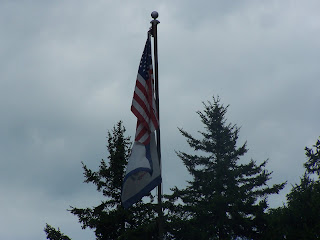 Across the highway, in a field where the worst of the battle was fought, fly the US flag and the WV state flag. 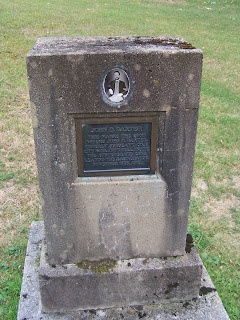 Here is the site where a Confederate soldier fell during the battle. 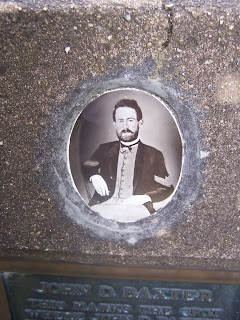 His portrait sits atop the marker. 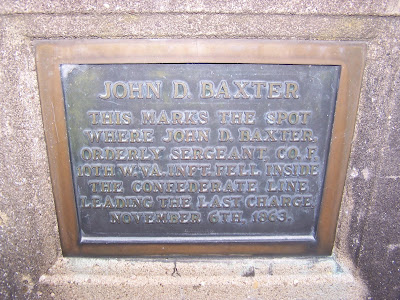 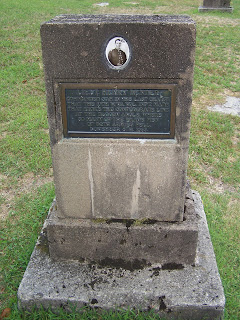 And here is a marker showing the spot where Lieutenant Henry Bender fell. 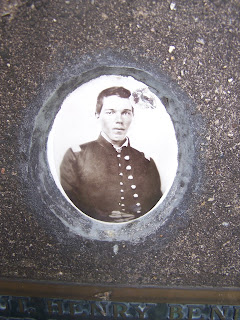 His portrait also is atop the stone. 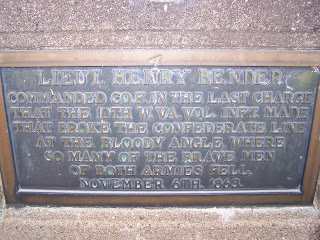 LIEUT. HENRY BENDER
COMMANDER CO. F IN THE LAST CHARGE
THAT THE 10TH WVA VOL. INFT. MADE
THAT BROKE THE CONFEDERATE LINE
AT THE BLOODY ANGLE WHERE
SO MANY OF THE BRAVE MEN
OF BOTH ARMIES FELL
NOVEMBER 6TH, 1863.
Posted by Cyndi Beane Henry at 7:07 PM 3 comments: 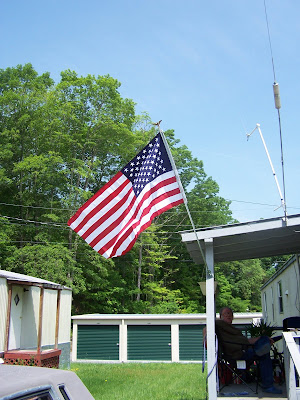 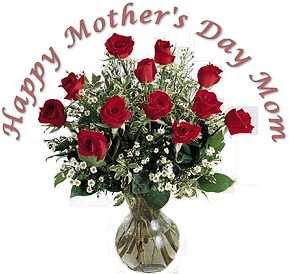